There has been a little bit of chatter about the route being no more than 'a trot over Helvellyn and High Street.' Well, this last Tuesday, I took out the young pretender, James 'The Pup' Harris on a little guided tour of the route from Patterdale to Kirkstone Pass. The plan was to set off at 8am, but the wind was blowing a hoolie so coffee at the ever fantastic Bilbo's Cafe in Ambleside was the initial order of the day. Fuelled with black stuff and some of their great flapjack, we mustered a dose of motivation and set out on our little mission.

The climb up from Side Farm to Angle Tarn Pikes is eminently runnable, although that might be debatable after Helvellyn and the climb out of Grisedale to Pinnacle Ridge. The route follows the Coast to Coast path, so is well trod and poses no issues for runners. Being a recce day, and with a list of 214 Wainwright's to tick off, James and I bobbed up onto the summit of Angle Tarn Pikes. It's a short section of off-trail culminating in an all too brief, but easy scramble to the first and highest of the two tops. Dropping down to the peat bog and a red deer wallow adds a little interest before the lower top which gave way to a stunning view of Angle Tarn and a pair of feral greylag geese nesting on one of the islands.

Some good technical running up next, along the path above Satura Crag led onto a smash and grab raid for the summit of Rest Dodd, a rounded dome with multiple cairns to confuse issues in the mist. A fast, grassy descent soon led into a nice sharp pull to bag the summit of The Knott, before picking up the pace again over the Straits of Riggindale and along the edge of the plateau above Short Stile and Riggindale itself. High Street is also known as Racecourse Hill, a reminder of a bygone era when local Lakeland farmers, shepherds and folk would gather on the summit to return stray sheep, indulge in a spot of Westmorland wrestling, and watch some horse racing. Sadly these sights have long gone, the last fair being in 1835. History lesson over, we bagged the summit of High Street, not without having first taken a battering from the wind and the now lightly falling rain. Fortunately I was in my True Mountain Ultralight windproof, a deceptively light bit of kit ,yet offering more protection from the wind than some other wind tops I have worn. Another runner, on the summit, was seen donning extra clothing before disappearing into the distance.

We turned tail and picked up the trod leading onto the descent off Long Stile. And what a great descent it is, twisting and turning, loose rocks and stones, angry looking spikes of rock, little steps to drop off, but nothing too nasty or committing. I really hope this little detour will fill racers with a pick me up of joy, as that is what it gave me. Dropping off the ridge and picking up the grassy trod to the south took us to the mouth of Blea Water, sited in a fantastic ampitheatre with towering crags and mountain burns tumbling before our eyes. A steady climb took us above Piot Crag and onto the summit of Mardale Ill Bell.

Easy running now for a couple of km passing the vast beacon on Thornthwaite Crag and picking up yet another treat of a descent down to Threshthwaite Mouth. It is another rocky, loose stone and technical descent and it certainly had the young Pup beaming from ear to ear as he skittered down. With no respite it was straight back into a scramble to haul ourselves onto the top of Stony Cove Pike. Our ascent done for the day, it was time to pick up our pace and rattle along St. Raven's Edge, a boggy, wet, muddy route but with plenty of technical interest to keep the mind focused on the task in hand (and conveniently forget about the impending climb up Red Screes).

Luckily for us, Red Screes was for another day and we were soon out of the wind and tucking into some bait in the van at Kirkstone Pass. Unluckily for the Inn, it was still early in the day so we opted out of a sneaky pint, but if you come to watch the race this could well be the place to watch it from.

So, was it just a trot across High Street? Not for me it wasn't. One minute I was looking up at Red Screes above Brothers Water, then Angle Tarn and Bannerdale came into view, before giving way to Ramps Gill. Riggindale and Kentmere present themselves, the western edge of Kentmere, Froswick, Ill Bell, and Yoke stretching off into the distance, providing some added inspiration. Turn another corner and a view down into Troutbeck Park is presented, followed swiftly after by Woundale. All the while the high tops of Hart Crag, Fairfield and Helvellyn dominate the Western skyline and you constantly feel in tune with the whole route. Sometimes the less obvious lines make for the best experiences, and this is what I felt I got on this, my first trip, along this part of the route. 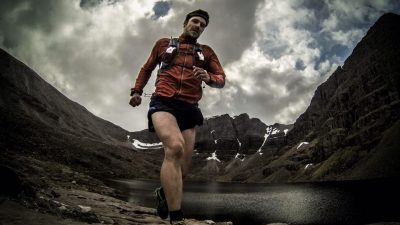 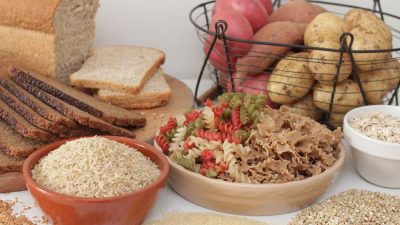 Fuelling Your Ultra Training – The Big 3!

Team Nutrition are looking after our hydration needs for the LSU 2015. Mary Wilkinson, head of Sports Science &...